Like most of the research I conducted earlier regarding the celebration of the twelve days of Christmas, some of the meanings of each day’s celebration tended to get a bit blurry so after day seven I stopped recording until the last day,  Epiphany.
Some of the things I did on the days leading up to the end of the Christmas season included meeting with my sister and her two kids in Newport Beach where we exchanged presents. They were visiting from out of town.  We ate pizza at a traditional looking Italian pizza parlor and navigated a shaky four seater bicycle down the boardwalk–her kids in the adult seats while we adults crammed into the kids’. Since it was snowy and cold at their home, it was a big change for them to be on the beach boardwalk. 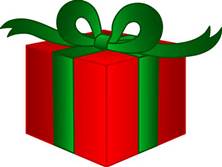 As the work week began the season seemed to get lost until Epiphany. On that day, the best present I received was an answer to prayer in attracting like-minded people to my spontaneous writing group. Two new people showed up–one was producing a movie about two friends, one with a disability and in a wheel chair and the other pushing him on the 500 mile journey of the Camino de Santiago in Spain.  The other person quoted a verse from 1 Corinthians in her writing.  Then, I decided to get a late lunch after a staff meeting and ran into a writer that had previously attended the group.  I had lunch and good conversation with her and her friend.  That evening, I read a new book about a California mission. So, I learned more about the history of the church, overall a great way to celebrate the last Holy day.
According to ChristianityToday.com, “Epiphany is the day the celebration of Christmas comes to an end…Epiphany commemorates the beginning of the proclamation of the gospel—Christ’s manifestation to the nations, as shown in three different events: the visit of the Magi, the baptism of Jesus, and the turning of water into wine.”

The article from ChristianityToday continues, “Following Jesus, we have been baptized into his death and resurrection. Whether we are called to martyrdom, or to prophetic witness, or simply to faithful living in the joys and sorrows of our daily lives, we live all of our days in the knowledge of our dignity, redeemed through Christ and united to God. We are part of the strange society of people whose world has been turned upside down, and we go out to witness to this topsy-turvy truth: “The Word was made flesh, and dwelt among us…”