Tammy was sitting on the concrete near the fence of the downtown San Diego Salvation Army. My husband and I had decided to walk to breakfast when we first spotted her. I wondered out loud if they were feeding the homeless that day and if anyone was praying for them. I had spent a little time praying for people at a food and prayer time at one of the local churches and thought it would be a good idea. Before I could finish my thought Tammy seemed to be reaching out to me. I asked her if she wanted prayer. She did. 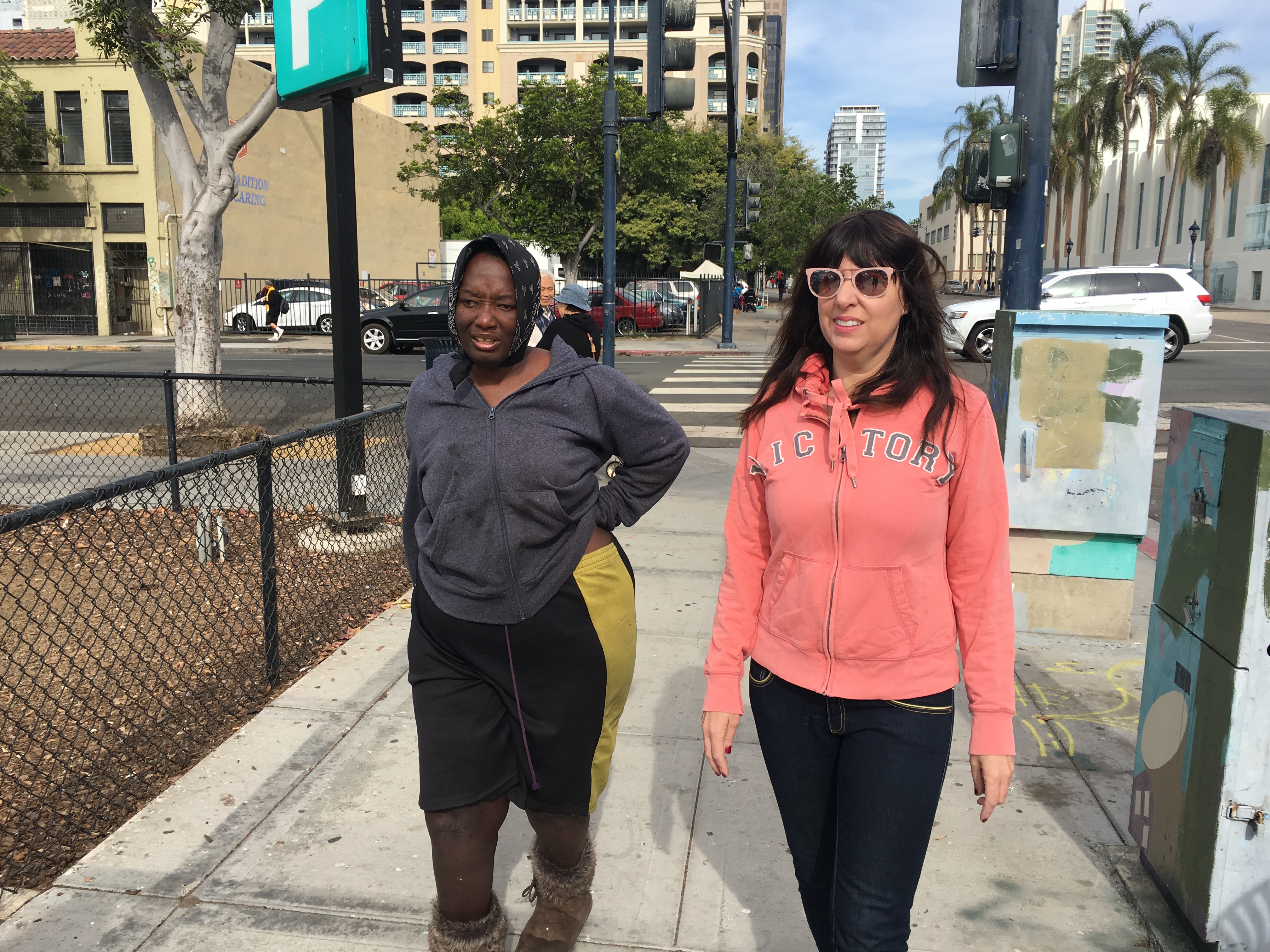 Eventually we found out what her name was as we were praying. She had spent a lot of time on the streets of San Diego and her face and hands were littered with tumors. She did her best to hide the ones on her face with a scarf. I asked her if she could stand up. She said it was too painful but with encouragement, prayer and our hands helping, she lifted her body up from her squatted position.

Tammy had multiple strokes and heart attacks. I was amazed she was still alive. She was hard to understand, possibly from all the strokes. More prayers and she started to sing old gospel songs. She said she knew God and she believed He was with her on the streets. Another man came by with a bible and he started to pray with us too. We all ended up at breakfast together. She said the women’s shelter wouldn’t house her the night before because she wasn’t complying with some of their rules. I wanted her to go to the hospital but she said most who did that from the streets didn’t come out alive.

After we left we promised Tammy we’d bring some clothes and blankets to her that night but when we went back we couldn’t find her. She seemed to be popular with the homeless crowd but no one knew where she was.

Sometimes I still look for her in the faces of other homeless people downtown and wonder if she’s doing OK. Homelessness is a big problem, but maybe that day we gave Tammy just a little bit of hope in a dark place.

Comments on this entry are closed.

The Father’s Heart
Courage in the Face of Adversity